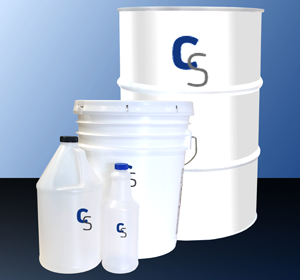 Our Vegetable Glycerin "VG" (sometimes even spelled glycerine) is 99.7 USP grade glycerin. With it's countless uses in in personal care products and it's widespread use in the vaping industry as an ingredient for e-juices, you'll want to buy in bulk at our wholesale prices. For more info on Vegetable Glycerin in Vaping click HERE.

Vegetable Glycerin is used in many cosmetics and body care products to assist in retaining moisture and is helpful in pulling oxygen into the skin. Vegetable glycerin is a natural emollient that adds a cooling effect on the skin and has become a predominant ingredient in most skin care products and soaps.

Vegetable glycerin is also the principal medium for the manufacturing of non-alcohol based herbal extracts. This makes for a sweet alcohol free extract that can be easily administered to children, animals and those with alcohol sensitivities. Suitable for food and cosmetic use.

For quantities of 55 Gallons, we will contact you with a shipping quote prior to processing your order.

What is Vegetable Glycerin?

Vegetable glycerin is a simple polyol compound. It is a colorless, odorless, viscous liquid that is typically produced from plant, palm, soy, or coconut oil. It has a sweet taste, fewer calories than sugar, and is of low toxicity.

How is Vegetable Glycerin Made?

Vegetable glycerin is produced using an extraction process called hydrolysis. During hydrolysis, oils are placed under the combined force of pressure, temperature, and water. The ester bond breaks and causes the glycerin to split from fatty acids and be absorbed by water; at which point the resultant is further isolated by distillation to increase purity. Purified vegetable glycerin has a texture similar to an oil or syrup due to its organic molecular makeup, specifically, three hydroxyl groups.

Why VG in Vaping?

VG produces significant vapor production wich means higher cloud production than PG and has less throat hit. The higher the percentage VG the more cloud production. Cloud chasers use 85% BG and higher. Some vapers complain about phlegm building up in their throat after using high VG based liquids. There are some VG based flavorings on the market but they are few and far between. VG does not carry flavor as well as PG.

Most people use a combination PG/VG to get both throat hit and cloud production. A happy medium for great flavor, throat hit and cloud production would be a mix somewhere in the range of 40% PG to 60% VG. Higher VG content can cause dry hits in some tanks due to it's thickness and not saturating the wick properly. Some people add a small amount of distilled water in high VG mixes to get around this problem. You should only buy USP Kosher VG

Why VG from The Chemistry Store?

The Chemistry Store is dedicated to delivering the highest quality cosmetic ingredients and chemicals for a variety of industries. We only sell USP Kosher 99.7% Purity Vegetable Glycerin making our product the highest grade available on the market. Whether you're looking to use VG as a DIY Vapor or run a Vape Shop and want to manufacture your own e-liquids, you can trust The Chemistry Store to supply you with high quality VG at the best prices, every time.

Notify me when Vegetable Glycerin (99.7 USP Kosher) is in stock.